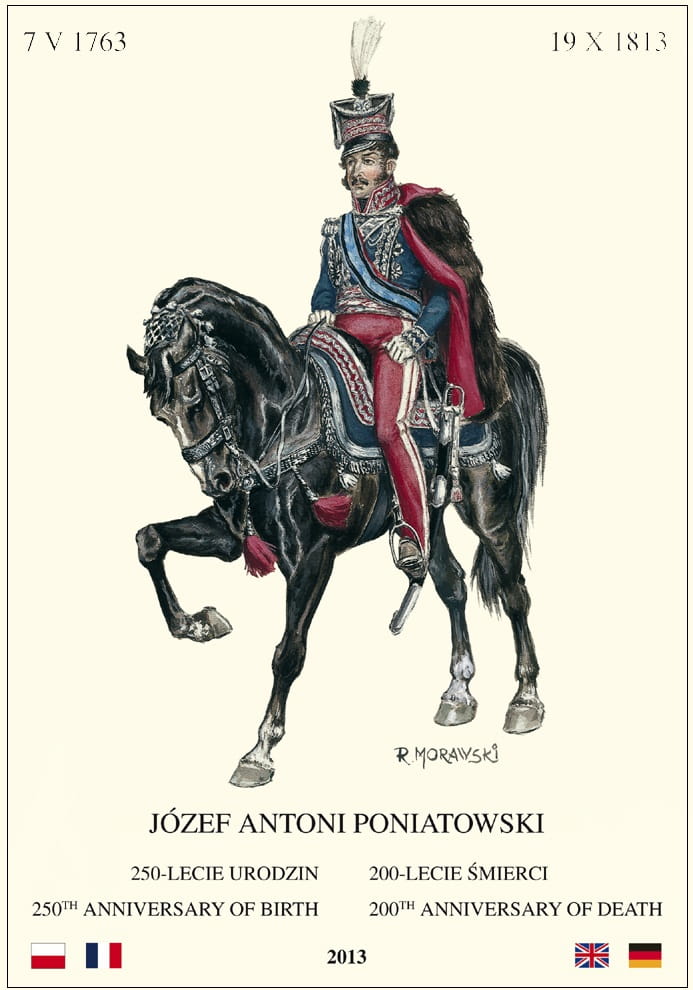 Dispatched within: 24h
Delivery: The price does not include any possible payment costs check the delivery methods
Price: €5.21 5.21

A series of 12 large full-colour postcards (8,3 x 5,8 in, 21 x 14,8 cm), painted by Ryszard Morawski, presents the Prince in uniforms worn between 1807 and 1813 (9 postcards), as well as memorabilia of the Supreme Commander that has been preserved in Polish Museums until the present day (3 postcards). Each postcard is captioned on the reverse side in four languages: Polish, French, English and German. The cards can be used as postcards, as well as a collector’s item. Included with the set is a 16-page pamphlet which contains Jan Ciałowicz's articles on Joseph Poniatowski and a short bio of the Prince translated into French, English and German. The cover of the case shows Prince Józef Poniatowski as General of Division, in Polish parade dress used between 1809 and 1813.

Shipping costs The price does not include any possible payment costs

up
Shop is in view mode
View full version of the site
Sklep internetowy Shoper.pl